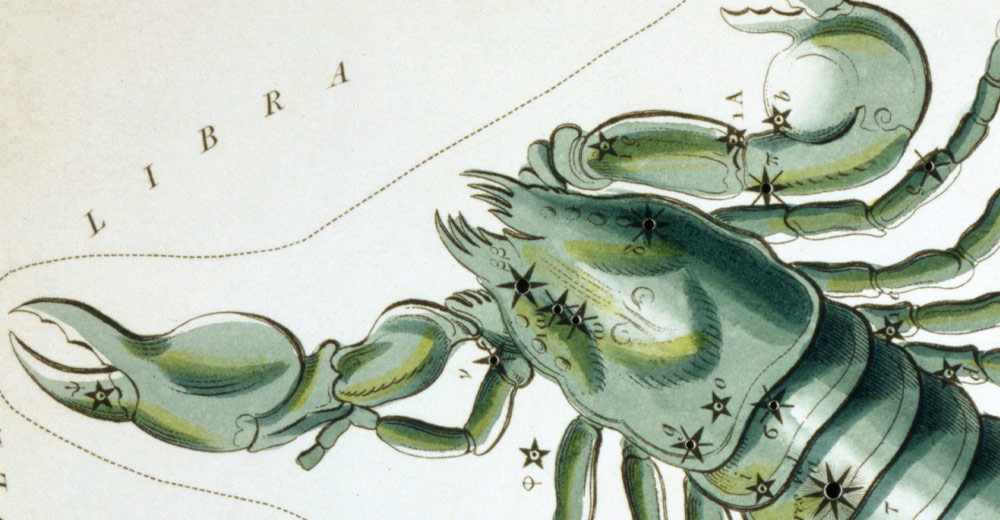 Sometimes it is not easy to get along with Scorpio. The insults can quickly bounce from their armour and when you warmly flatter them they will not melt as the snow in spring. The usual relationship's tactic and tricks characteristically does not apply to them. Scorpios simply do not need anyone to tell them how good they are. And even if they will agree with your compliments, they will think "what does he / she wants from me in exchange for such politeness?".

Scorpio people have a mesmeric glance. If your eyes meet, certainly you will step aside first. You can often feel that his / her sight is penetrating, similarly to a knife that can smoothly go through the butter. The hypnotic intensity of such experience may surprise you. It can seem that Scorpio knows everything what is in your mind. But the other way around, to find out what Scorpio thinks will be a much greater challenge! Deep and passionate heart is very characteristic for them.

Volcano under the mask

Although they do not give such impression, Scorpios are very emotional and they take a lot of things incredibly seriously. They often emanate external balance, but there is a volcano under this mask. After a while you will simply feel that something is hidden deeply inside them. Scorpios usually have good self-control, but it is naturally possible to put them out of countenance. If this happens, he or she will attack with the poisonous tail and it is good to get away soon.

There is a saying "to have a memory like an elephant", but because we do not have any elephant zodiac sign, we could very well say "to have a memory like a Scorpio". This does not mean that Scorpio is a walking encyclopedia, but that he or she never forgets how others behave towards them. Even if they forgive some old grievances, the shadows will remain forever in their memory. Conversely, Scorpio will retain all memories of your kindness, courtesy or a sincere gift. The talent of observation is a characteristic feature of this zodiac sign.

Unlike other zodiac signs, Scorpio knows the mystery of death. The secret is the poisonous tip on the tale. The genuine Scorpio may stay up many nights to figure out how to get the revenge. But honestly, the desire for revenge is certainly not a typical feature of Scorpio. It is just about how to deal with the poison. Vindictiveness is simply not the characteristic feature of such proud but responsive zodiac sign.

If Scorpio retains anger in itself and is not honest to the people, he or she may even strike really deadly. Keep the feelings under wraps is simply not a good idea. Scorpios, however, have characteristically strongly developed intuition, rigorous judgement and innate psychological talent. Rather than wasting energy in the fight, they will avoid uncomfortable people and, vice versa, they will seek strong friendships. Those, as you well know, are often rare. And in case of emergency, the Scorpios show as loyal friends who are able to sacrifice a lot for others; perhaps to test their own limits, or rather thanks to the principle that the world can be a better place only when everyone will be an example for others.

Scorpio is often interested in secrets. This can take various forms: from a good detective story through the complex logical and mathematical puzzles to issues of religion and magic. They have the desire to discover. Scorpios do not like to go with the flow and are rather loners or noble individualists. They love good company, but still, the personality of Scorpio is experienced and usually independent. They are not interested much in what others think. They will not let the day spoil by a trifle, as is the opinion of neighbours, friends and sometimes even family. Thus, the soul of Scorpio is free and open, what is very characteristic for this zodiac sign.

Scorpio as a parent

Scorpio does not envy the riches of others and does not suffer from self-pity. Scorpio also does not believe to false values and, as a parent, he or she will not build castles in the air for own children. Scorpio will try to prepare them for life such as really is. If Scorpio will lend money to the children, perhaps he or she will want also the interest from them (we note with a slight exaggeration). Scorpio‘s children will learn soon that there are certain boundaries that can not be exceeded.

The Scorpio man has the charisma that often interest others. Such man is popular by women. Often it is an instinctive attraction what makes the personality of Scorpio so highly-valued. He is self-confident and proud. The Scorpio man loves honesty and is able to give it to others. On the other hand, there are also few rather negative traits of this exceptional zodiac sign. The Scorpio man can be irritated and unpleasant when things do not go according to the plan. If this man have a grievance against you, he will never forget it.

It is said that Scorpios are passionate lovers. Naturally, there is no scientific study for that opinion, but with regard to their mysterious energy and vibrant aura that surrounds them, you can certainly believe it. If the word “passion” scares you a bit, then you should forget about the Scorpio man. Passion, of course, does not mean just sex, but also the intensity of the relationship – from the power of each kiss to the expression of his opinion on the colour of your shoelaces. However, does the Scorpio man seems to you calm and serene at first glance? Believe me, it is just a pretence! Self-control and the ability to deceive (like by chameleons) are very typical personality traits of this zodiac sign. Scorpios are good actors and only few people know what really lies behind their piercing eyes.

When it comes to solving a real and crucial problem, they have an explosive temper that can cause a lot of quarrel. Therefore you should never ask a Scorpio man what he thinks if you are not ready to hear the naked truth. Your dress, hairstyle or investments? He will praise everything, but only if he thinks it is really worth it!

Yes, sometimes this man can also politely applaud to the modest average (a very small dose of diplomacy is also among his personality traits), but it is better not to rely on that. The Scorpio man is not a born optimist or dreamer. Rather he snatches the blindfold from the head, if he feels that you live in delusion. Submissiveness and cautiousness are certainly not the basic personality traits of this zodiac sign. But you may look forward to an excessively intense relationship with such a man.

The Scorpio woman is very emotional and acts mysteriously. As well as men born under this zodiac sign, also women are very passionate and avid. But it is not just about the body – the genuine Scorpio woman is able to love sincerely and faithfully her husband even in hard times. You will easily find courage and resilience among the personality traits of this exceptional zodiac sign. These women are support to the men in difficult and crisis situations. Scorpio women are fair and do not tolerate insincerity.

Women born under this zodiac sign are attractive, proud and confident. But above all, they are especially mysterious and that is what men usually like very much. As the saying goes: “A woman and a melon are hard to choose” which in this case is doubly true. The mind of the Scorpio woman works like an X-ray. When you will whisper sweet words in her ear, be sure it will move her lips and she will smile at you. But how much of those nice words will she believe? That is a big question! If your intentions are not serious, probably you are just wasting the time. The Scorpio woman sees through you. Her personality is in fact clairvoyant in some sense.

But this “disarming” quality has also its advantages. Your efforts and intentions are naked in the eyes of this sophisticated woman, but if she knows you so well from the very beginning, then she can very well predict what you need and what are you looking for. The Scorpio woman, seen from this perspective, may therefore be a confidential lover but also a responsive mate that perfectly captures your secret wishes. The lively tension and the ability to foresee problems are her indisputable personality traits.

However, the Scorpio woman is looking for a strong charisma, not for the common relationship which may be boring soon. Certainly such personality has to be no less bold and noticeable than her own. If you can offer such, it is a half success! Thanks to her courage, vigour and responsiveness you may expect many intense experiences.